Quick Reference Study Notes for Computer Hardware << Back to Exam

A computer is an electronic machine that is good with calculations, repetitive work and can work tirelessly. Every computer performed the given tasks with the help of hardware and software. The software is a set of instructions called program. Programs guide the computer to perform actions on the given data to get the expected outcome. Computer hardware is anything on a computer that has a physical presence. Computer Hardware is a very vast and ever-evolving domain. It can be divided into three main types of devices.

Keyboard: It is an input device with a number of keys between 80 to 110 keys with each key or group of keys sends a unique value to the processing unit which will then produces a predefined response. QWERTY is the most common key setup among other not so popular ones like GKOS, AZERTY, ABCDE, and Dvorak. QWERTY in QWERTY keyboard is taken from the first six characters of first alphabet row. It is the most reliable input device.

Mouse: It is the most simple and easy to work with. A mouse has two buttons and a scroll wheel. It takes full advantage of the user interface and makes the interaction between the man and machine seamless. It interprets its physical movement into a movement of a pointer on the computer screen. The mouse uses optical technology to track its physical movement on a surface it needs surface imperfections to work. Each button has its function as the right button is used to open the submenu depending upon the opened application. The scroll wheel is used to scroll the screen up and down. And the left button is to select the respective action on the screen.

The processing unit is also called the brain of the system. It is not only responsible to process the information but also to communicate with the input and output devices according to the task. The main processing unit generally consists of these major parts.

Motherboard It is a part where all peripherals and devices connects with each other. It is one which checks and boots all the connected devices even before the CPU starts working it initiates all the booting sequence for the proper functioning and even terminates the operation if something is out of normal to safeguard the onboard components. The basic motherboard and some of its functions are mentioned in the image.

ROM: READ ONLY MEMORY also known as secondary memory this is where the application programs reside. The most common technology used in secondary memory is magnetic disc driven memory system. It holds data for very long time even if power is stopped, hence it is ideal to store data. It contains the drivers and configurations for all the peripheral and devices connected to the system. It saves data in the form of dash and spaces which the actuator arm reads. 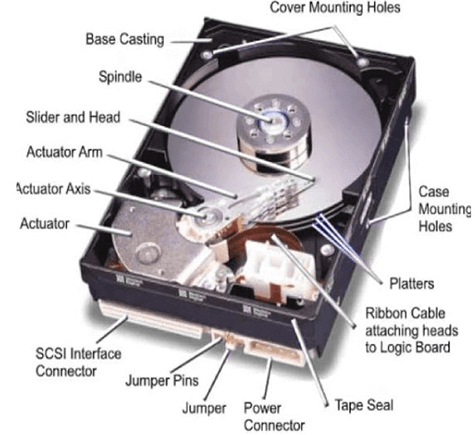 RAM: Random access memory is also called as primary memory. All the instructions that are saved in the secondary memory need to be stored in the ram for the CPU to work. It uses semiconductor technology to store data also called as solid state drive. Its capacity makes a huge performance enhancement in the functioning of the computer. It works on clock cycle. The data stored in it is not permanent and needs to be stored if needed in the future, because if power will be removed then data will be lost. The image of RAM is shown. 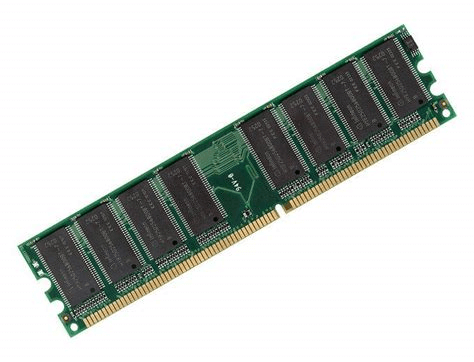 CPU: Central Processing Unit is the component where all the instructions are executed and all decisions are made to perform the task. It uses the programs stored in the memory and also uses the peripheral to get the required information to perform the respective task and express the outcome with the help of output devices. The CPU works at clock frequencies and also the size of data in bits, the processor can take in one clock cycle. The image of a CPU is shown below.

Displays: It is a device that makes the communication very effective. The displays size, color, and resolution define the quality of the display. LED displays are the most accurate and energy efficient because each LED has its independent light source which can be switched of, unlike LCD screens where there are common back light thus affecting the color of the adjacent pixel. The image of LCD displays is shown below. 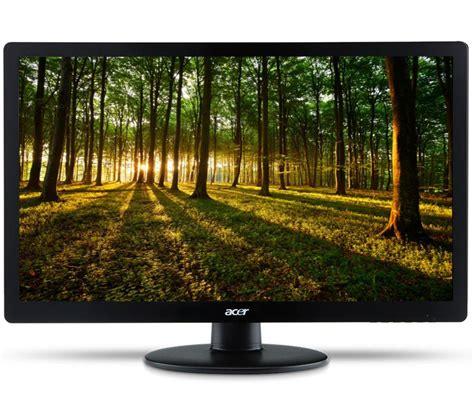 *NOTE : "This study material is collected from multiple sources to make a quick refresh course available to students."